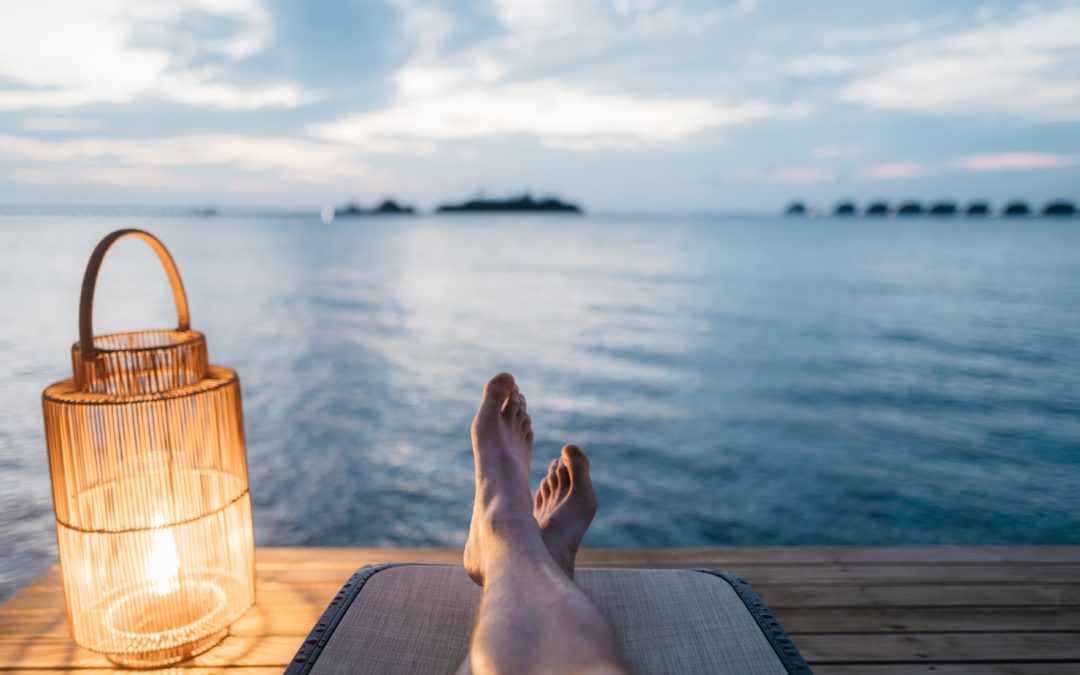 Finally! This last week the rare and badly needed opportunity came for our family to go on a little vacation!

And on top of it all, I even got to have 2 days by myself at the end!

I knew I’d be catching up on a ton of work emails, but the idea of being all by myself for 48 hours was incredible.

Finally, a little vacation from my busy but wonderful life!

I felt selfishness start to creep in from the moment I knew I’d have some time by myself. It’s as if I began to plan temporarily walking away from God and walk into pure self-focus.

No, I wasn’t planning to sin or give in to some indulgence. But I was seeing a mini-season coming where I could relax from pursuing God, abiding in Jesus, and truly following Him!

Why in the world would that be my default reaction to some badly needed “free time?” Especially since I’ve been here before! I’ve felt this before!

I’ve walked into small seasons of turning my back on my loving Father, for some reason or another, and the result is always the same!

The symptoms of death: confusion, loneliness, dangerous desperation and depression, guilt, shame, and apathy. Not as fun as you’d imagine.

So then why isn’t it that I would think to myself, “finally! Some free time! Jesus, let’s do something special together to enhance our relationship even more! Let’s embrace and enjoy that abundant life and pleasures evermore that you promised in your presence!”

But it’s clear, no matter how much we’ve experienced the good and eternal satisfaction of abiding in Christ, and the temporary suffering from bad, back turning decisions, we still have to make the daily decision to abide.

The difficulty I’ve found in abiding deeply or even deeper on vacation, is that vacation almost always disrupts our routines and habits (sadly, more often the good ones!) Many of us can get into a healthy spiritual routine and implement habitually certain practices and freedom-bringing disciplines into our day-to-day, and then we enjoy the rich and satisfying fruit from this!

But holidays bring disruption to this, and we are presented afresh with the choice to either abide or not, without the momentum of habit or routine to push us over the edge and choose what is right!

But we need to choose!

At least we can now choose what is right! Before God and I were reconciled again because of Jesus’ work on the cross, I was a slave to my sin nature. I literally didn’t have the choice to abide in Jesus and do well, or give in to my selfish, self-gratifying, self-indulging flesh!

Paul says it well to the Romans in chapter 6 vs 11:

“Even so consider yourselves to be dead to sin, but alive to God in Christ Jesus!”

Essentially, the old flesh that wants sin has been deactivated!

I’ve discovered that sin’s power over us is a lot like if that bully from school, who used to beat you up and humiliate you in front of everyone, became a quadriplegic! His presence could still be around you, and what he represents could still have a small effect, but you would be foolish to give in to his power over you, knowing that he actually has no power over you!

Now when he says, “come over here, I’m going to mess you up,” you can laugh and realize that he has no actual way of doing that!  Things have changed! You are free from his power!

But we do have a choice in this process of freedom, don’t we?  There were two brothers in the 14th century, that ruled a province in what is now Holland. One was named Renaud “the fat,” since he was incredibly obese, and the other was named Edward, and was not obese! Unfortunately, as brothers do, they began to feud and eventually went to war with each other! After 9 or 10 years of bloodshed and lives lost, Edward won and took Renaud into captivity.

Now, to avoid diplomatic and familial tensions, he brilliantly decided to design a room to keep Renaud in that would fulfill his perfect plan. He built the room with a large door and a smaller, more normal size door. He put Renaud into the room and then proceeded to brick the larger door shut forever.  Then he said the following, “Renaud, my dear brother. I’m so glad the war is over! I do not hold you hostage and I do not hold a grudge against you.  You are free to go. I will not lock the door. As soon as you are ready, and come out of this room, I will give you back your half of the kingdom!

Sadly, Renaud stayed for 30 years in this room. Eventually, his brother Edward died and some people broke down the walls to get him out, but he died a few months after. What a tragedy!

Why do I tell this story?

We as Christians do the same thing in terms of dealing with the sin that now has no real power over us! We are completely free from it! All we have to do to avoid slavery to sin is to it is walk out that door, that is open to us in freedom! And we have the power!

A little discipline and little training, a little good habit building and we can walk right out of that prison and the sin that so easily entangles us! But sadly, so many of us just sit in it and indulge, to the point where they do not even bring pleasure anymore, but just the bad that comes with it!

“What benefit were you then deriving from the things of which you are now ashamed? For the outcome of those things is death!”

When I get the chance to go on vacation, or when school is over for the year, or Christmas holiday starts, it’s like I’m waking up again in the open doored prison. I need to make the choice to get out of bed, stretch, clean, do a couple needed healthy things (and there is never too high of a requirement according to 1 John 5:3), and walk right out of that prison that I’m no longer bound to!

Keep in mind, this whole idea of sin’s power over you has nothing to do with your Salvation, and God’s Fatherly love for you.  It has to do with the quality and vibrancy of life that you can either enjoy or not!

So, as my family headed back north, and I was confronted with even more free time, I barely mustered the spiritual strength to say, “Okay, Lord, I’m yours. Do with me what you will and don’t let me think that this is ‘my time.’”

As I was praying that, a man showed up in the car spot next to me to check the surf in the ocean. The Lord nudged me, and I began the familiar and life-giving process of overflowing the best stuff in my life, namely, The Gospel! 48 hours later, the knowledge of God and the joy of the Gospel filled their homes as they entered eternal life!

It’s not just for you, but everyone around you! The stakes are high!